The Future of Medical Cannabis: Growth, Impact, and Insight into One of the World’s Fastest Growing Industries 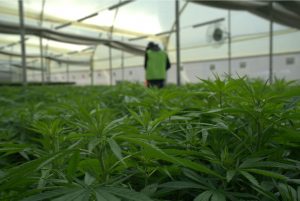 This is the second article in a two-part series on the future of medical cannabis. Click here for the first article, Say Hello to the Future of Medical Cannabis.

1. The domino effect will continue and will help remove the stigma surrounding cannabis.

In the past decade, we have seen a domino effect in terms of cannabis legalization: Country “X” legalizes cannabis, country “Y” establishes that there are no negative consequences, country “Y” subsequently follows legalization. Dr. Raquel Peyraube, Plena Global’s Director of Public Policy and Health, recognizes this trend and attributes it, in part, to “catastrophic prophesies not happening when countries have legalized.” This wave of legalization is anticipated to be pushed further by two major milestones expected to be reached within the next five years: (1) the rescheduling of cannabis by the UN; and (2) the U.S. legalizing cannabis at a federal level.

The United Nations’ scheduling of cannabis as a Schedule I Controlled Substance has greatly hindered international trade, provided reasoning for the criminalization of cannabis, and ultimately contributed to the negative stigma surrounding it. The rescheduling of cannabis has been recommended by the World Health Organization, and our experts speculate that it will be achieved in the next few years.

In November 2019, the U.S. House Judiciary Committee approved a bill legalizing cannabis on a federal level. If approved by the Senate, our experts expect a positive impact on the international level. Mauricio Krausz, Plena Global’s Director of Regulatory and Government Affairs, opined that “the U.S. leads the world in trends and in different aspects of this industry, the main one being banking.” Adding that once the U.S. legalizes cannabis federally, “individuals will fall in line more for the attractive market that the U.S. is.”

As a medical professional with over 20 years of experience studying cannabinoids and the endocannabinoid system, Dr. Peyraube has witnessed the misconception that “there isn’t enough clinical evidence” supporting medical cannabis. Dr. Peyraube emphasizes the need for clinical trials. “we have a lot of pre-clinical, but we need clinical trials” she told us, “we need funds and analytical studies from patients.” With more scientific medical research on the positive attributes of different cannabinoids, cannabis will be more widely accepted as medicine.

2. Need for consistency in global regulations and standards.

The need for consistency in global regulations and standards is apparent from both health and safety, and commercial perspectives.

Achieving this requires governments across the world to include the highest cannabis quality standards requirements as part of their regulations.

Ron Hudcosky, Plena Global’s VP of Compliance sees “the ability to produce a consistent high-quality product” as “the future of medical cannabis.” For Hudcosky, this means “ensuring quality at all levels of the cultivation and production process through the adoption and compliance of the most rigorous agricultural and pharmaceutical standards.”

As the medical cannabis industry develops, new regulations continue to be implemented and opportunities emerge for international trade, the adoption of a global quality standard by countries will be essential. It is in the hands of governments to set the standards. The increasing number of countries legalizing cannabis, although positive, has created its own set of challenges. Each country has taken a slightly different approach to definitions, whether hemp or not, psychoactive or not, export or not. Such differences in definitions have created an industry where experts with an understanding on nuance and legislation around the world are needed.

Krausz identifies another challenge: lack of international standards for commerce. He reports that “in any other industry standards are set in terms of measurement. International commerce cannot happen without a standard in aspects of law.”

The lack of international standards, and the UN scheduling of cannabis has influenced countries to focus on domestic cultivation. In Latin American countries, Colombia and Peru in particular, the climate is ideal for cannabis cultivation allowing for four to five harvests per year.

For many countries, however, growing domestically is expensive and less productive. Krausz views the tendency of countries where growing is expensive and difficult to focus on domestic cultivation as one rooted in control and protectionist intentions. “They are preventing a commodity marketplace from opening under the guise of health and safety,” Krausz says. Without open markets, medical cannabis in these countries will be expensive and accessibility will be difficult. Our experts predict that once faced will this challenge, these countries will open their markets to be able to import cheaper product from the equatorial region.

3. Holistic approach to cannabis laws and regulations that is customized to culture in each country.

Cannabis legalization takes different forms and regulations vary. Laws and regulations are successful when fitted to the individual country, but the regulatory frameworks which have proven to be most successful are those that have taken a holistic approach.

From the examples of cannabis legalization and regulations we have reviewed so far, our experts identify a strong approach as one that is holistic on three fronts: (1) national front – taking into account the needs of its citizens, while also complying to international norms; (2) the scope of reach – medical use, adult use, industrial use; and (3) based upon more than just business concerns, and should take into account security, public health and human rights.

Colombia, where Plena Global is currently producing, provides a good example of a country whose legislation considers domestic needs.

Krausz affirms that Colombia “enacted complete regulations based on traceability and transparency. For example, the simple aspect of not letting flowers being exported to necessitate investment. These designs show that these laws were built holistically. They really want to comply on an international level. That’s what’s going to join different markets in the end. Going to create uniform. If you see one country working, you’ll follow it.” Colombia is successful in its nationally uniform legislation and has enacted certain regulations to ensure national benefits. These include a requirement of 10 percent of product coming from a small producer, the current ban on the exporting of flower, and the obligation of licensee to track all materials.

A strong model for cannabis legalization and regulation is one that differentiates between medical use, adult use and industrial use. Production should differ from one use to another and medical use should have the strictest regulations and controls.

Cannabis laws and regulations have violated a number of human rights including: the right to access information, which reinforces the negative stigma around cannabis and comes in various forms, such as not including the endocannabinoid system in the medical school curriculum; the fundamental right to health, which is violated when people can’t take the medicine they need; the right to safety, which we have seen violated across the world through the violence promoted by “the war on drugs”; and the right to culture, which has been violated in countries like Vietnam and Morocco where for thousands of years cannabis has been an integral part of the culture.

Legalization and regulations that take these violations into account will promote safety and benefit commerce.

Learn more about the medical-grade cannabis products we produce